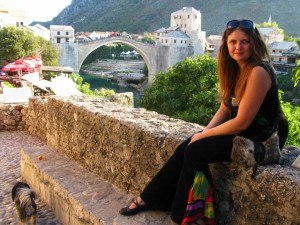 Hi, I’m Gosia Drewa from Poland, and I’m doing my voluntary service in Kosovo. I’ve been working here since September 2011 and I have to admit that I went to Kosovo a bit by accident.

When I was looking for a voluntary project, I knew one thing: I want to go to Balkans or to Russia. I wanted to work with minorities too. And then in my sending organization they told me that in Kosovo there is one project, which seems to be perfect for me. So, it wasn’t like months and months of waiting for being accepted for EVS, but just 2 months after first contacting my sending organization I was on the plane to Pristina.

It’s hard to describe my project in one sentence. My daily routine is based on an afterschool program for Roma kids. My host organization – Balkan Sunflowers – has right now 4 education centers in different villages in Kosovo, and I am working in one of them. I am doing homework with kids, playing games, teaching them about the world and in general spending time with them and trying to make this time as pleasant and useful as possible. 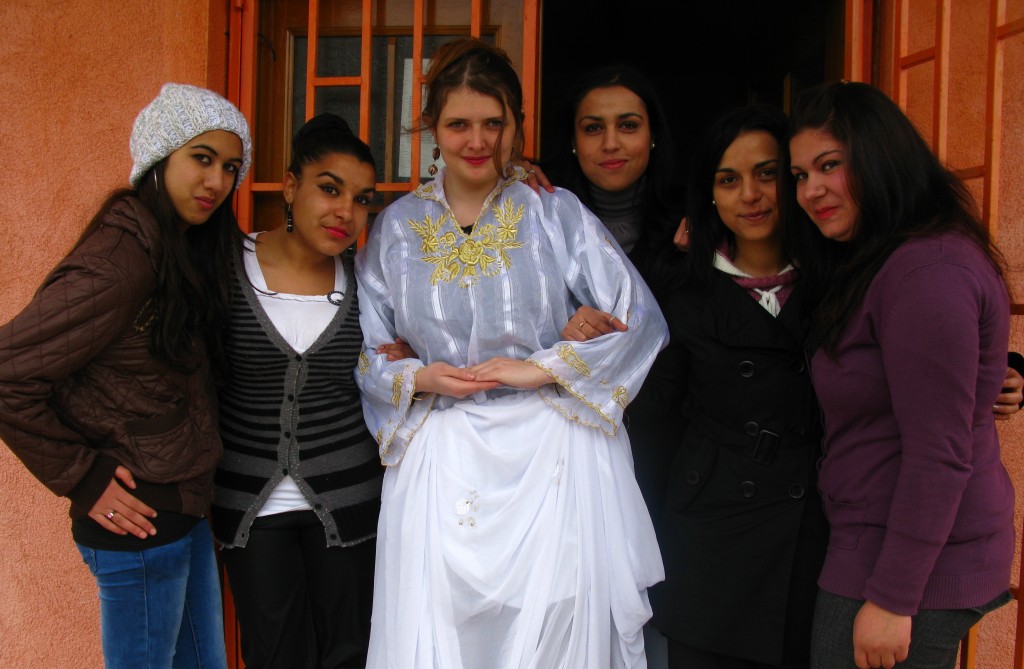 But this is actually only part of the project. The main difference between this project and most of the others I know is that I am living with a Roma family, and I can meet other Balkan Sunflowers volunteers only from time to time – because they are living in different villages. Being alone in the place, being put into totally different reality was really big challenge for me, but I have to admit that right now it’s just amazing. I feel that my work is much more efficient and useful, when I live with people I work with, share their worries and problems. For me my host-family is already a big part of my life and they say as well that I am part of the family. It’s an amazing feeling.

We’re doing also other stuff with other volunteers from Balkan Sunflowers and our friend’s organization – Gaia. Everything which is connected to Roma issues, peace and environmental problems can be part of our work – street actions, concerts, meetings, volunteer manual, recycling workshops and many other things were organized during my staying here and I tried to participate in as many as possible, cause it’s partly work, partly really great fun. 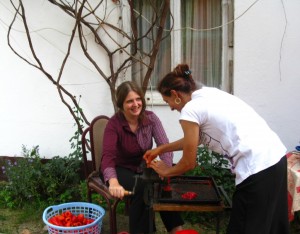 I finished my University almost 4 years ago. Since then I’ve been traveling a lot, doing some freelance jobs, trying different things. But this experience really changed something – I feel that it opened some doors, not only doors of those extremely nice people I have here around, but also some doors in my mind, I believe that this year I grew up much more than during last 5 years, I’ve never had such an intense contact with another culture. It was really harsh sometimes, culture shock was sometimes really depressing, there were a lot of misunderstandings, feeling lonely, and frustrated. Kosovo is really hard place to live. I am here just for some time, but I started to have friends among all of the nations in this multicultural place, and it’s really difficult to see how hard their life is, and how much damage the war made here.

I have to admit that I had a lot of frustration, but there are moments, when I really see the satisfaction of the kid who actually caught something in multiplication tables or the smile of the people who are observing our street action. Or the big interest of the teenager who really loved the story I read to him.

Gosia started her voluntary service in Gracanica, Kosovo for the organisation Balkan Sunflowers since September 2011.