Anti-Racism and Diversity Week in Brussels 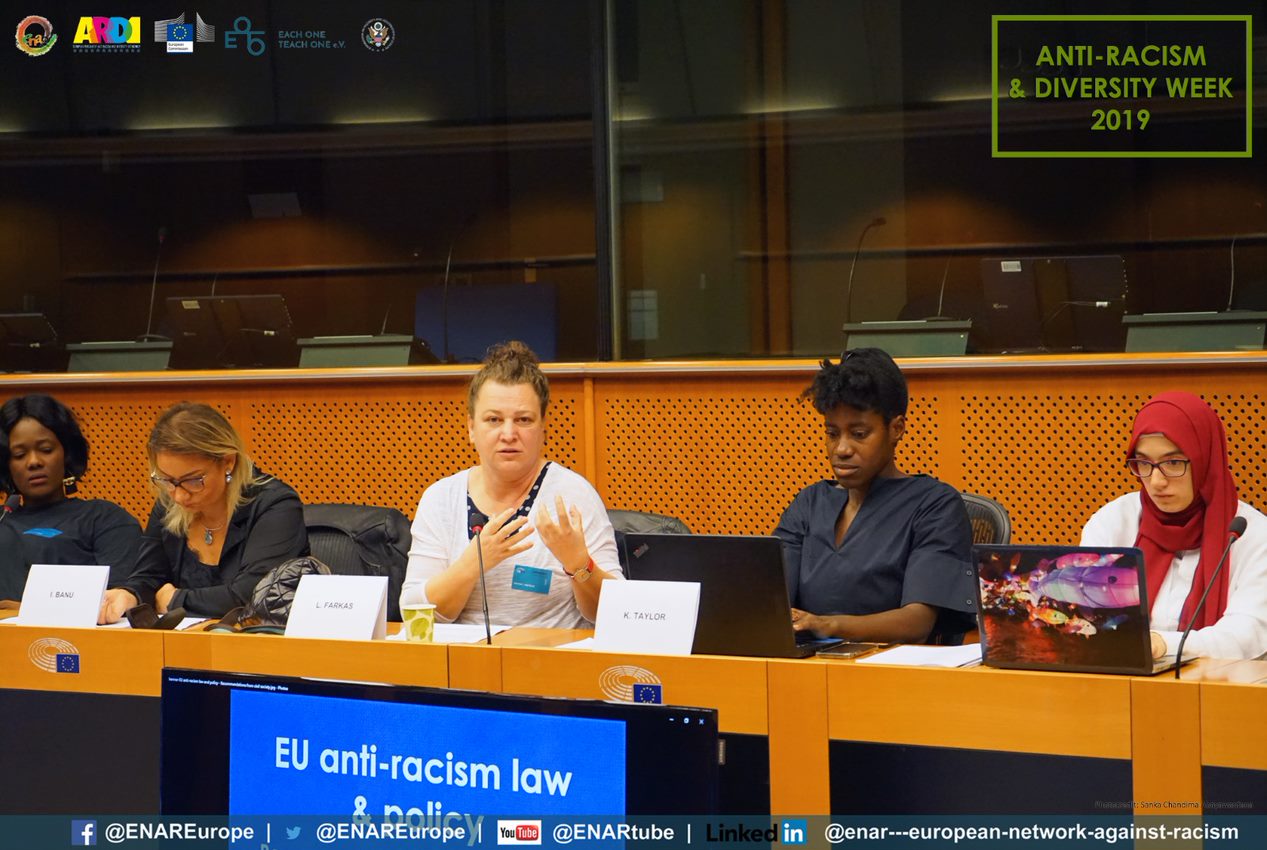 Phiren Amenca took part in the first-ever EU Anti-Racism and Diversity Week which took place from 23 to 26 September 2019 in the European Parliament in Brussels.

This week of events and discussions brought together MEPs and activists to build a strong anti-racism/anti-discrimination agenda for the European Union, with all relevant stakeholders across various communities throughout Europe: Roma Youth and women, Muslim Youth and Women, People of African descent, Jewish youth and many other groups.

Informed by an understanding of the need to combat structural racism and be intersectional, the week will covered issues such as “Equality and non-discrimination legislation, policies and practices”, “Institutionalised discrimination as a result of law enforcement, immigration, counter-terror, and migration policy”, “Political participation and representation” and an intersectional approach to gender policy.

At the event Phiren Amenca discussed the need of Roma Youth to have a better representation and contribution to strong anti-racist networks such as the European Network against Racism – ENAR. Atanas Stoyanov from Phiren Amenca presented the strategic priorities of the organization and discussed opportunities for collaboration with other interest groups, among them the European Union of Jewish Students – EUJS and the Forum of European Muslim Youth and Student Organisations – FEMYSO.