Mashkar Kehilot: Remembering to the Roma Genocide and the serial killing against Roma people – 29 July 2017 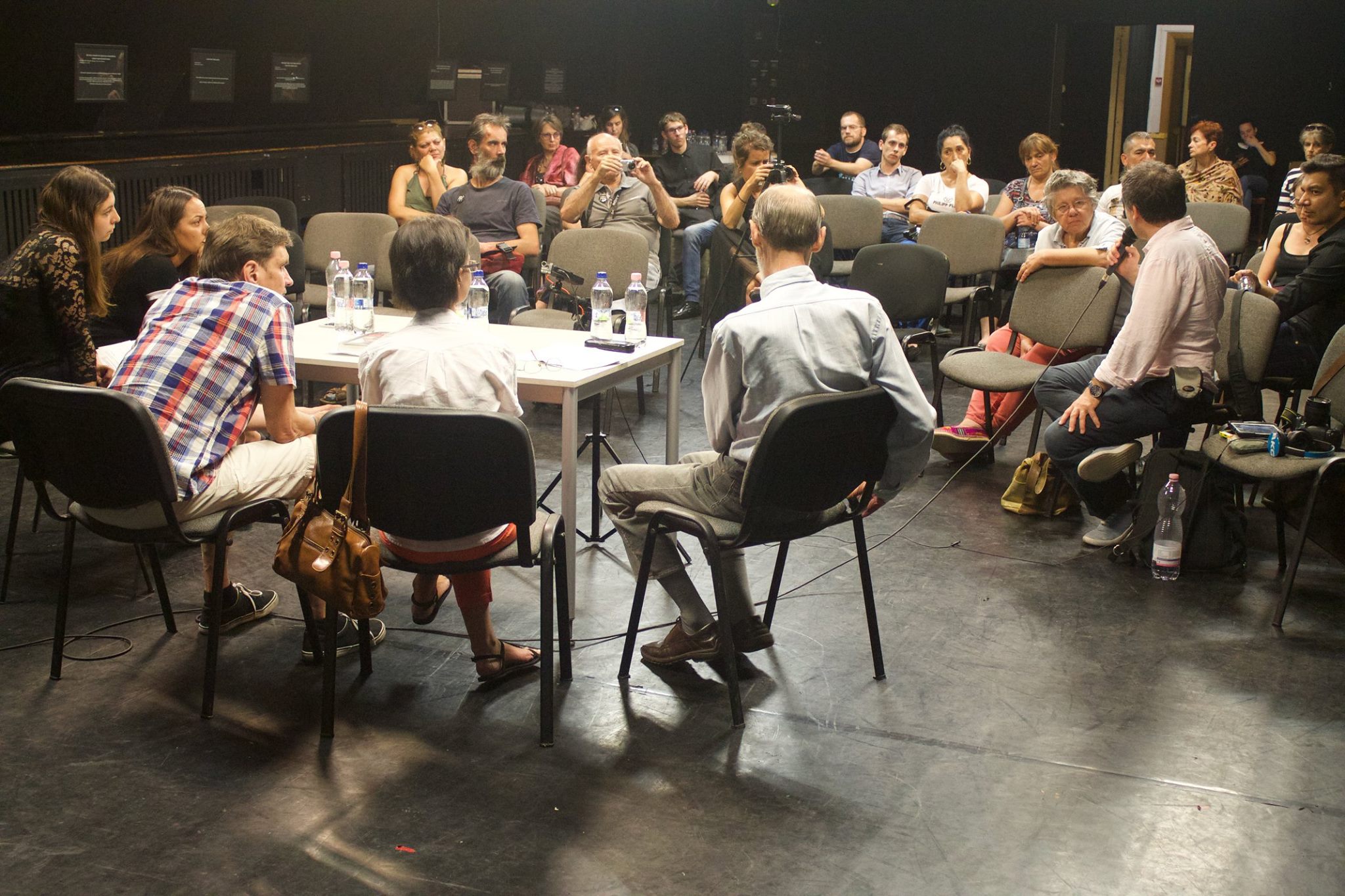 Exhibition and round table discussion 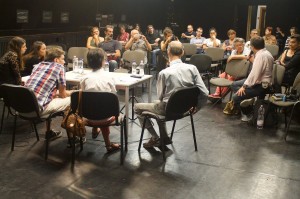 The event was part of  the Mashkar Kehliot project, whose members organized it in cooperation with the Meraki Group. The Meraki Group started to work in February, the members are Roma and non Roma youth who are committed to protect the Roma rights and interests. The last few years the members were active as volunteers or workmates in different NGOs, including Phiren Amenca. Some of them took part in the Roma Genocide Remembrance Initiative (2august.eu) in the Phiren Amenca Hungarian group. During the group meetings and the common thinking it became clearer and clearer that the group of Roma, Jewish and non-Roma/Jewish people would like to work on collective memory, focusing on the questions related to remembrance, the responsibility of the youth, and the possibility of connecting the commemoration of the Roma Genocide and the serial killing against Roma people in Hungary. Many questions came up and we discussed it, and the group felt we should give a space where not just we, but also more people could think together on this issue. 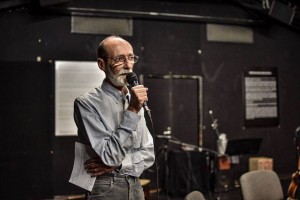 On 29th July 2017, at the University of Theater and Film Arts, we’ve opened our exhibition called „Érintettek”. It has been divided into two parts. One side of the place we showed the portrait series of Balázs Turay about the family members of the victims of the serial killing. The other side of the place we exhibited the research of József Harmat about mass killing of Roma people at the Grábler-lake.

Balázs Turay and József Harmat opened the exhibition. Between the program elements, a music band gave a short concert, led by our team member, Melinda Királyvári. After that we invited our guests to the round table discussion. Our speaking partners were József Harmat, who wrote his book for the memory of the „Unburied dead”, Péter Heindl, a history teacher from Pécs, who made a research about the Holocaust with his students, and Marietta Herfort, core member of Phiren Amenca, and organizer of international commemorations. As I said earlier, in the last years, the group actively took part in the life of different NGO’s. Phiren Amenca is a key organization, a milestone in our lives when we think about taking responsibility and reflecting on that.

So what did we speak about? For example: how can we commemorate to the serial killings if we want to avoid retraumatization of the victims? Can we commemorate to the Holocaust or Roma Genocide and serial killings on the same day? How can we make use of the research of József Harmat if we want to create a collective memory? How can we involve youth to organize commemoration events, and why is it so important to remember? What can we do to integrate deeper knowledge about the Roma Genocide into the education system? What can we, the youth do for the collective memory? 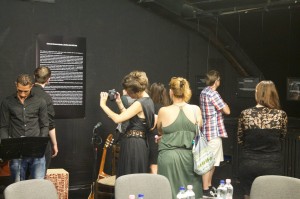 By the end of nearly two hours discussion and common thinking, we realized if we support and strengthen grassroot initiatives, organizations, use non-formal educational methods, use already existing educational resources (like Mirrors, Boogieman, Teaching materials to challenge antisemitism), research unknown facts involving young people, and we organize commemorations together, it can help to create collective memory, based on accepted facts, integrated viewpoints and responsibility.

About the serial killings against Roma people, we have a common agreement that we need to show empathy, respect and humility towards them, because we have the opportunity to put aside the burden of pain in our everyday life, but the victims live with their pain every day.