HomeNewsroom Webinar: The Rise of International Law: The Talaat Pasha Trial in June 1921

Webinar: The Rise of International Law: The Talaat Pasha Trial in June 1921 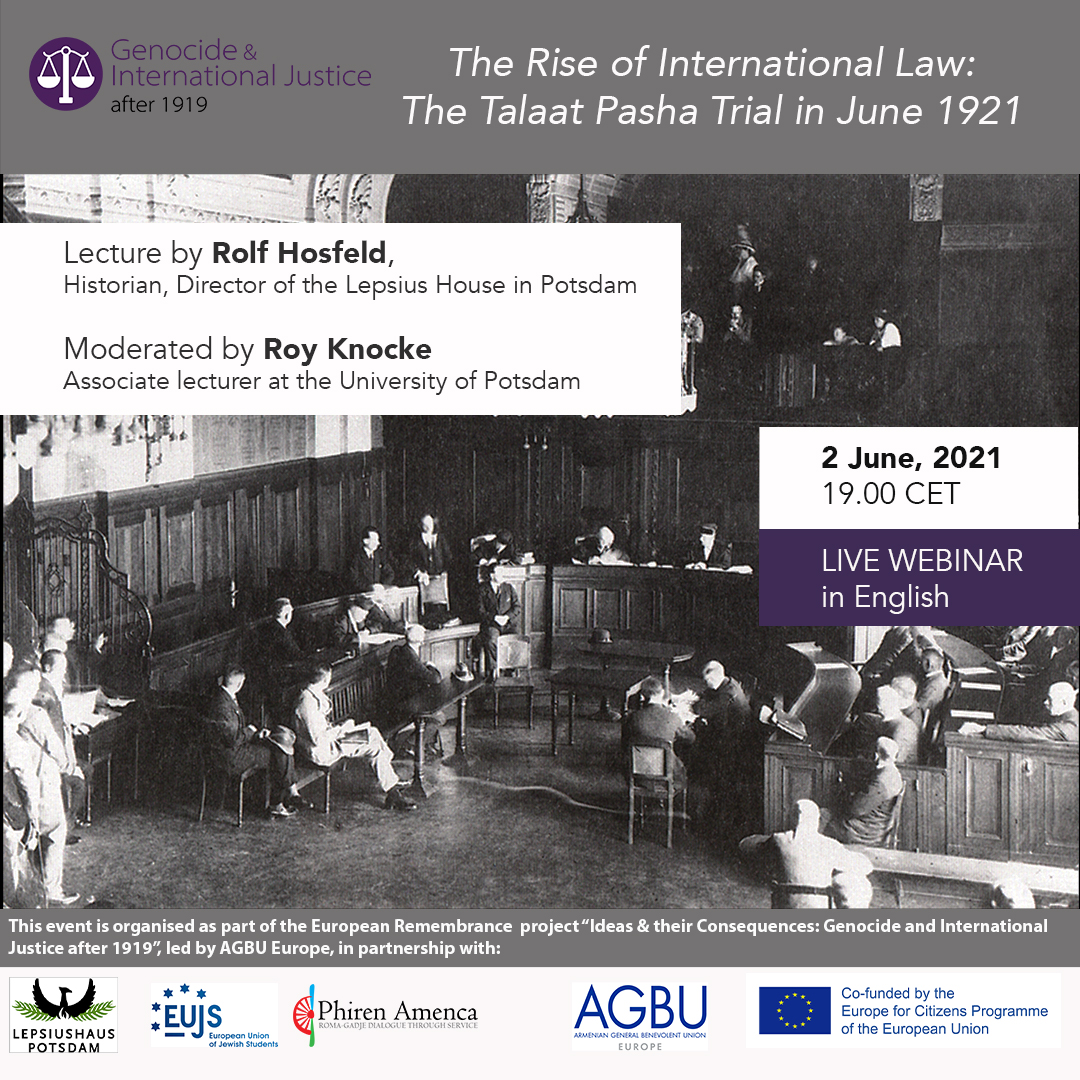 Exactly 100 years ago, the Armenian student Soghomon Tehlirian assassinated the former Grand Vizier of the Ottoman Empire and chief perpetrator of the Armenian genocide, Mehmed Talât. After a cursory two-day trial Tehlirian was surprisingly acquitted by a Berlin court. The trial turned into a tribunal on the victim’s crimes against humanity, and it made legal history. Even Raphael Lemkin, the “founding father” of the UN Genocide Convention, has always referred in his lifetime to this spectacular Berlin trial of June 2-3, 1921 as his initial experience to coin the term genocide. Hannah Arendt cited the trial strategy as a reference in her book Eichmann in Jerusalem. The lecture sheds light on the background of the trial and its impact on the development of international law.

This event is part of the project “Ideas & their Consequences: Genocide and International Justice after 1919″co-funded by the Europe for Citizens Programme of the European Union and led by AGBU Europe in partnership with the Lepsiushaus in Potsdam, EUJS and the Phiren Amenca International Network. To learn more about this project, visit: https://www.genocideandjusticeafter1919.com/