A better NETwork for Sinti and Roma! Training course on digital technologies 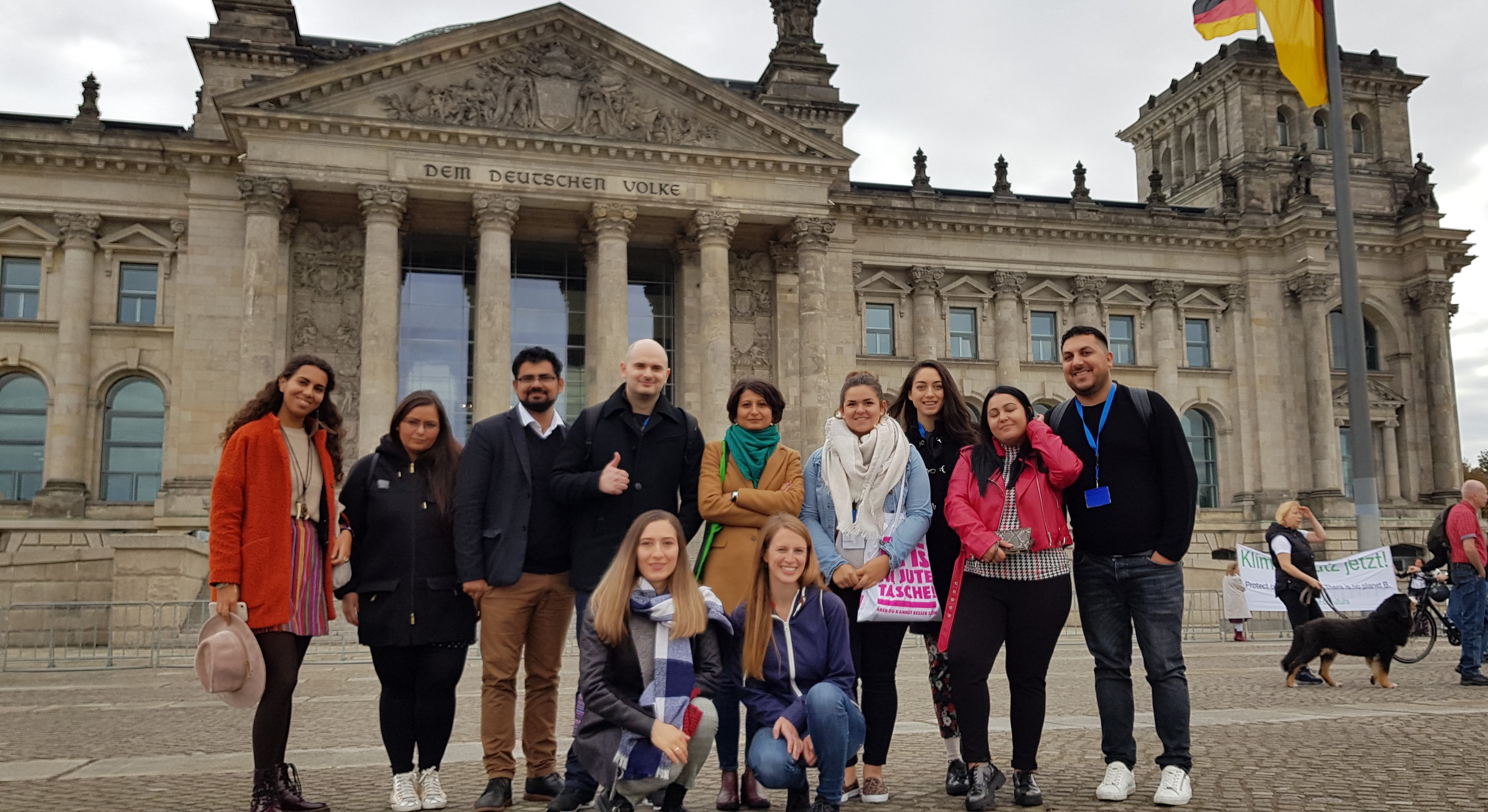 The training course was organized by the RGDTS-Phiren Amenca and ternype Roma Youth Network in cooperation with the German Central Council for Sinti and Roma. It took place in the spacious office building “Educational forum against antigypsyism” in Berlin and it aimed at building capacity of Roma and non-Roma educators and youth leaders and their youth organizations with regard to participation in the digital space of Sinti and Roma youth.

Young Sinti and Roma learned how to be their own advocates. In the first day of the training they visited the German Parliament where they were hosted by a representative of the Socialist and Democrats. Young people had the opportunity to ask for more and better political commitment for Sinti and Roma projects in Germany and all over Europe.

Later on, Mrs Anika Lampe from Google Germany presented the work of Google and their attempts to prevent hate speech and other undesired posts on the Google searching engine and the largest video platform owned by Google – Youtube. From the presentation it remained clear that Google does not collect information on the type of violation grounds their users are reporting or at least this information is not disclosed to the wide public. Mrs Lapme shared that Google has a team of 10,000 reviewers worldwide who are constantly working to remove online content that is being reported by internet users. The presentation highlighted the opportunity of becoming part of the “Trusted Flagger Program” – reporters which opinion will be taken first in reviewing weather a video or a text is racist or abusive. Participants underlined that it is crucial that Google employees and reviewers become more critical, more sensitive and trained on the topic of antigypsyism.

During the training participants also discussed empowerment of young Roma and activities that help organizing communities to stay for their rights.

On the next day Roxanna-Lorraine Witt from the German Central Council for Sinti and Roma had a session on “white supremacy”. Were discussed various cases of hate speech online and the inability of the online environment to coop with some certain type of online users’ communities. Particularly was looked at the internet gaming community and their level of empathy and moral values concerning that most of the popular games have a violent content and this does affect levels of human empathy, contributing to growth of hate speech online.

Later, participants looked for possibilities to campaign together and network. Presenters from the Youth of European Nationalities – YEN gave a brief overview on what their work is and invited Roma organizations to become part of their network and to combat hate speech online together.

During the training participants visited three monuments of the murdered by the Nazi groups: Sinti and Roma, Jews and homosexuals.

Participants also provided reflection and follow up. It is certain that battle against antigypsyism and other forms of intolerance online will continue and that Roma civil society should make the issue more sensitive before politicians and important widely used online platforms such as Google, Facebook and others.

The training course was part of the Roma Youth Voices Project supported by the European Commission.