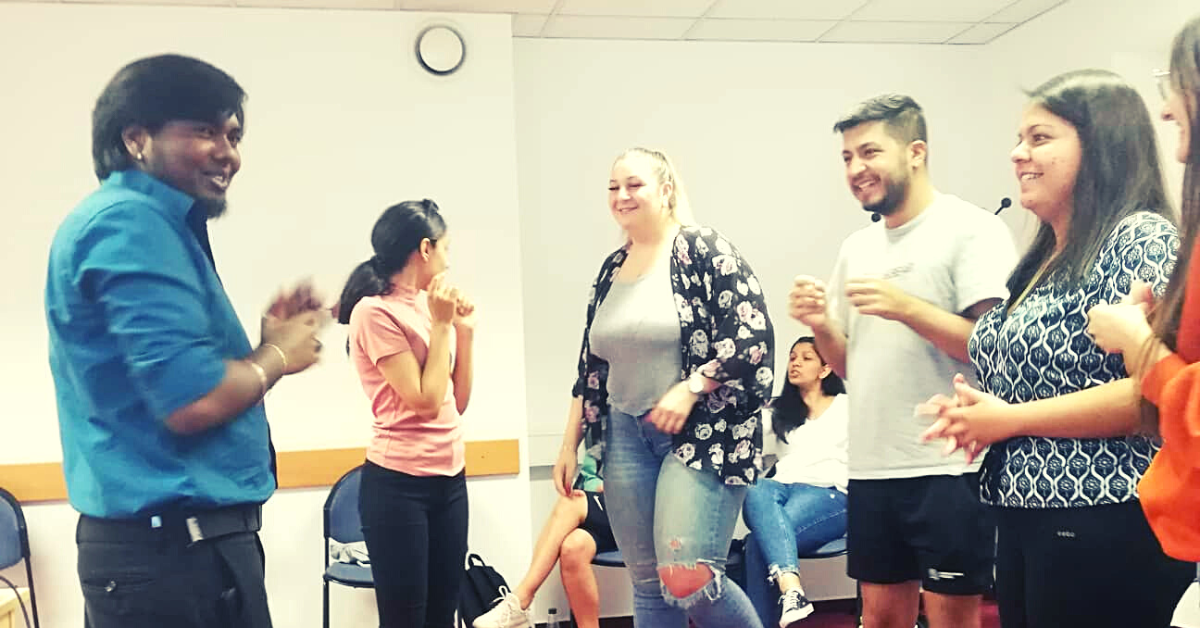 The lives of Roma, Dalit, Tribal and Adviasi Youth

In many places around the world, the access of young people with difficult backgrounds and from minority communities to participate in democratic life is very limited. I am volunteering in Hungary within the project “My Story of Resistance – from exclusion to active participation” that aspires to create relationships and dialogue among a diverse group of marginalized youth and youth organizations to share and compare practices of empowerment, including Roma in Europe, and Dalit, Tribal and Adivasis in India. It is intended for minority youth to consider different ways of expressing their struggle and its consequences on an individual and societal level, as well as to develop a positive self-identity by transforming their hardships into stories of resistance and sharing and comparing practices of empowerment for inclusive and active participation. Roma in Europe and Dalit, Tribal and Adivasi people in India have been excluded, and even today they face discrimination, racism, and intolerance, and continue to face persecution. As a result, it is critical for both communities to build on their commonalities and fight together.

Accordingly, I organized a workshop in Budapest on the 31st of May 2022 with 12 vibrant young Roma from Albania, Bulgaria, North Macedonia, Slovakia, Sweden, Turkey, and Ukraine. The participants are students at Central European University (CEU) in Budapest, in a special program called RGPP – Roma Graduation Preparation Program, a 10-month intensive course designed for outstanding European Roma graduates with a passion for the social sciences and humanities. It prepares them to compete for Master’s-level courses at internationally recognized universities, as well as improves their English to the level required for postgraduate study through intensive language training, and provides them with post-graduate level academic writing, critical thinking, and study skills.

The workshop began with a brief overview of the MySoR project and some fun icerbreakers, followed by an in-depth presentation about India: its brief history, culture and tradition, unity and beauty in diversity, constitution, and, of course, the social norm known as the caste-system, and the situation of Dalit, Tribal, and Adivasi youth within it. I explained how casteism, an evil concept, has infected our country like a deadly disease. I presented the evolution of caste: how it was first used to identify people by the kind of work they did, to the present scenario of caste being used as a factor of discrimination in people’s lives today. I also talked to the students about caste and education in India and about the quota/ reservation system and the effects it has had on students, providing a chance to those who had been deprived of education. I also shared a few incidents of discrimination that the youth or community faced.

After the questions and answers, I asked participants to break up into groups and discuss a bit about their community, as this program created an opportunity for us to express our thoughts and learn through activities and discussion. Each team was given questions to answer, and they were asked to present the result of the activity. It was so surprising to know that even Roma in Europe are diverse according to their geographical areas.

But before I share what I learned from the participants; I would like to share for those who don’t know, who are the “Roma”. Since their migration from northern India over 1,000 years ago, the Roma are an ethnic group of traditionally itinerant people who now live all around the world. Today, Roma constitute the largest ethnic minority in Europe, with a population of around 12 million. They are also the most disadvantaged minority of the continent. Roma groups left India in multiple migrations, arriving in Persia in the 11th century, southeastern Europe in the 14th century, and western Europe in the 15th century. Roma had spread to every inhabited continent by the second half of the twentieth century. Romania, Bulgaria, Serbia, Montenegro, Macedonia, Croatia, Slovenia, Bosnia and Herzegovina, the Czech and Slovak republics, and Hungary all have significant populations. Over the centuries, Roma have been subjected to oppression and violence by non-Roma. Hundreds of thousands of Roma were killed by the Nazis during World War II.

Moving forward with the group discussions, the participants presented key events and figures in Roma history; the most important facts to know about Roma; and the various forms of discrimination faced by Roma in Europe.

The Roma recognizes divisions among themselves with some sense of territoriality emphasized by certain cultural and dialectal differences with rich traditions. The majority of Roma speak Romani, a language closely related to modern languages of northern India and often to the official language of the country in which they live. Every year on April 8th, International Roma Day commemorates the First World Romani Congress, held in London in 1971 which was Roma’s first attempt at international cooperation. This congress served as a significant turning point for the Roma community around the world, allowing them to come together and make decisions about their future. It drew delegates from 14 countries and was a declaration of the need for “International Unity” to combat marginalization, racialization, and discrimination. The Roma community around the world commemorates this day. The adoption of Roma symbols- the Romani flag, and the anthem also happened at this conference. It also made Roma more visible in the international community. The Romani flag’s background contains two colors: blue on the top represents the heavens and green on the bottom represents the earth. In the center, the flag has 16-spoke red dharma chakra representing Indian origins and their travels. Dzelem Dzelem is the Romani anthem, and its message recalls Roma’s difficulties and suffering while also inspiring unity and action among Roma.

Family bonding is very important to the Roma community, and some of the best-known musicians come from the Roma community, such as Kibariye, a Roma musician from Turkey,  or Esma Redzepova, a Romani singer, songwriter and humanitarian. Roma have several important celebrations besides April 8. May 16th is Romani Resistance Day, and May 6th is Erdelezi, the welcoming of spring observed in Turkey and the Western Balkans. I also learned about Katarina Taikon, a civil rights activist known as the “Roma Martin Luther King” in Sweden. The major early profession of Roma was Kovach (Blacksmith), but Roma have strong in the arts of entertainment too, as  traveling showmen, and circus people.

However, when it comes to comparing the two communities, it’s difficult to believe we have anything more in common than the obvious. Both communities continue to be marginalized by society and institutions. It’s fascinating to see how two seemingly disparate and geographically separated groups can share common issues and origins. They are both at the bottom of their society’s socioeconomic ladder: education is essential for a community’s improvement and integration into society at large, but our groups are still excluded, especially when youngsters are not allowed to attend classes. The other groups dominate them and racially corners them in various ways, based on appearance, skin color, and associating them with any negative event that occurs, and the list goes on and on.

Dalits are recognized by the Indian constitution, and they can access higher education through quotas (15% of academic post reservation for Scheduled Caste). Of course, there are numerous examples of the Constitution being disregarded, with violations recognized by courts. Roma people, on the other hand, are largely ignored in European societies. Due to various family situations and other factors, young people drop out of school even when it is required. Discrimination, racism and intolerance continue to torture Dalits, Tribal and Adivasis, and Roma. What’s striking is the historical link between the two groups of people, which has the same effects in different parts of the world.

As a result, both communities must work together to find common ground and raise their voices for a good cause. Furthermore, I believe we should engage in a dialogue to influence how we act. Dalits, for example, have recently become politicized, while Roma people continue to be excluded from political participation. We might be heard in Europe and around the world if we band together and fight with one voice. Legal safeguards for such communities are numerous in theory, but they are ineffective in practice. The only tool we have to make our governments respect and uphold our rights is through community action.

It was indeed a great learning experience about the Roma community in Europe as well as the Dalits, tribals, and Adivasis of India. By putting this program together with the young Roma participants, we were able to share many similarities and connections that minority youths face in their daily lives. As a result, we realized that it’s the same roots and same fight and that we, the youths of any nation, are the only hope for a better future.