Statement of the Phiren Amenca International Network on May 16, 2020 Romani Resistance Day 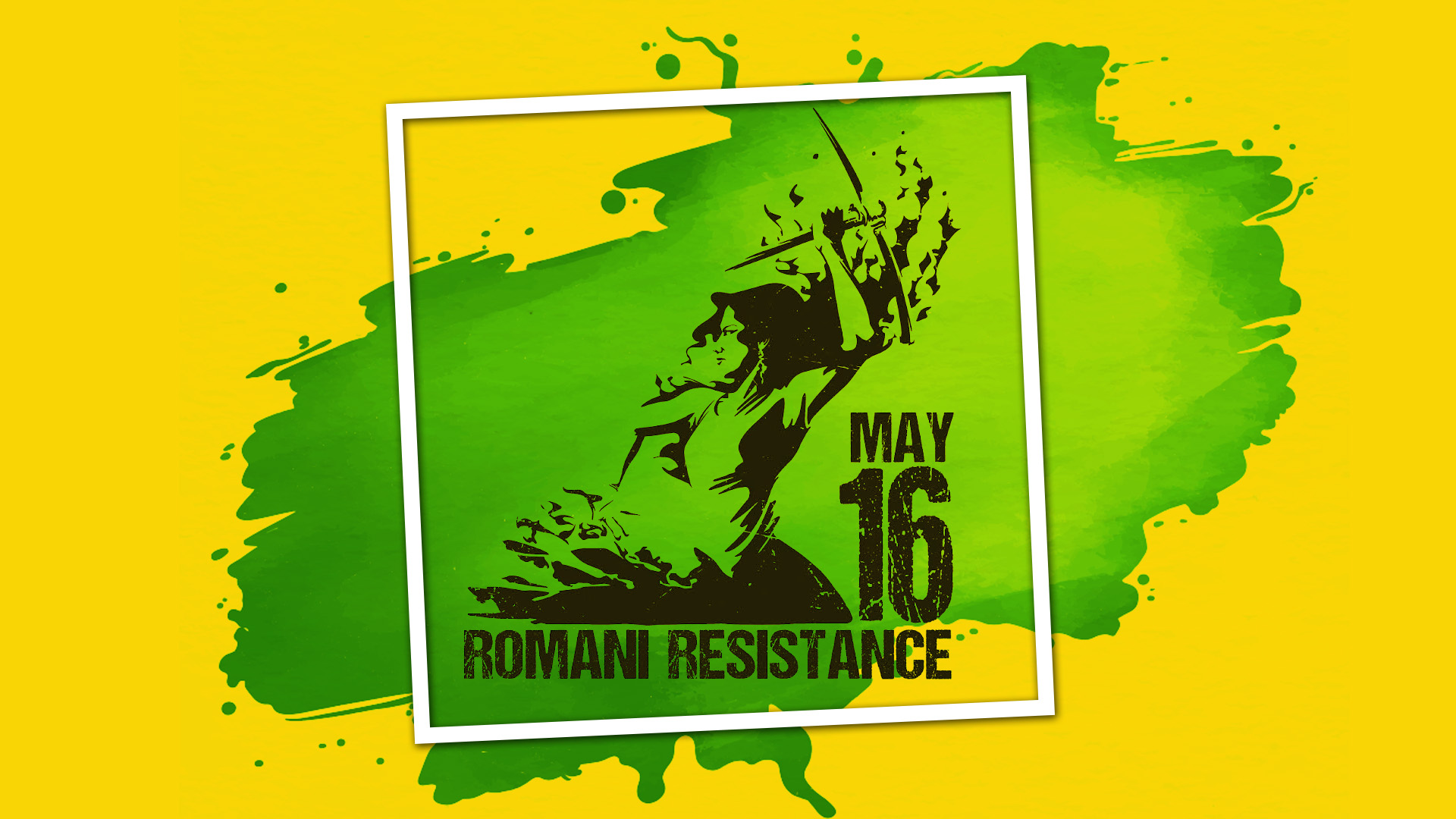 Romani Resistance Day as a symbol and movement was initiated by the French Roma civil society organisation La Voix Des Rroms.  It has been built on the accounts of both Roma and non-Roma witnesses testifying the events of May 16, 1944, in the „Gypsy Family Camp” of Auschwitz – Birkenau. According to these testimonies, the Roma in camp section B II were informed by the camp’s internal resistance network on May 15, 1944, that the Nazis had planned to exterminate all the Roma in the camp the next day, so Roma men, women and children gathered stones and makeshift tools, and demonstrated resistance. The Nazi fearing that a mutiny could spread to other parts of the camp withdrew and later in May transferred most of the Roma to other concentration camps. The 4000-4300[1] Roma who remained were taken to gas chambers and perished during the night of August 2[2], which date has been recognised as International Roma Holocaust Memorial Day since 2015. Although new research challenges whether the uprising happened on May 16 or if it happened at all[3], Roma fought in different ways for their rights in WWII: from the very beginning[4] they protested against discriminatory laws, attempted to obtain the release of deported family members, worked with resistance groups.

Since the beginning of commemorating May 16, an important objective has been to raise awareness about the mechanisms and strategies Roma use to fight and resist today’s antigypsyism all over the world. We lay emphasis upon the agency of Roma today and also historically as active shapers of both their lives and society, rather than passive victims of discrimination and persecution.

Through focusing on the ways Roma young individuals, groups and organisations step up against antigypsyism, we actively shift the narrative: from the Roma as victims to active actors with agency and responsibility to shape the future. This is not to say that Roma have not been victimized, or that they are to blame for their oppression, but that Roma have always attempted to change their position.

This narrative change is necessary to foster our pride and dignity, and to gain respect – both crucial for fighting the inequalities we face today. As long as we are seen and represented solely as helpless victims, mainstream society will treat us as such. Mainstream society will feel authorized and obliged to make decisions for and instead of Roma, without taking into account our needs and demands. We may also internalize this narrative, sitting and waiting for the ones in power to change and better our lives. But as soon as we see and present ourselves as powerful, active and equal members of society, we realize our right and responsibility to shape it.

To this end, we are launching an online campaign with the participation of young Roma in which they testify their own stories: How they resist the stereotypes by pursuing their studies and professional careers or by helping others. How young Roma resist systemic discrimination by demanding space in decision-making processes. How they resist cultural appropriation through campaigns or art. How they resist minimizing the contribution of Roma to European cultures through music and dance. And how young Roma resist online hate speech in the context of covid-19 pandemic. Through this online campaign young people will be able to share their good examples of staying active in such difficult times of crisis as well.

Would you like to join a campaign that is empowering Roma youth by strengthening the idea of Roma youth as active agents of future?

If your answer is YES:

[1] Kubica, H.; Setkiewicz, P. (2018): The last stage of the functioning of the Zigeunerlarger in the  Birkenau Camp. In: Memoria: Memory, History, Education. Auschwitz-Birkenau State Museum, July 2018.

[3] In a Twitter statement published by the Museum on May 16th 2019 it is argued that “the recent research of @AuschwitzMuseum historians shows that there was no revolt in the Roma camp. The case of passive resistance of #Roma prisoners that took place in early April 1944 (not 16 May 1944) had a different context”. Based on a recent historical research conducted by the historian at the State Museum of Auschwitz-Birkenau, it is argued based on archival records of the Museum that there was no uprising on May 16th in the Roma camp. https://view.joomag.com/memoria-en-no-10-july-2018/0531301001532506629/p6?short ; and Joanna Talewicz-Kwiatkowska (2018). Research report – Resistance and Survival of the Roma and Sinti in Auschwitz-Birkenau . In Verhas E., Kóczé A. and Szász A.L. (Eds.), Roma Resistance during the Holocaust and in its Aftermath: Collection of Working Papers (pp. 103-129). Tom Lantos Institute.

[4] You can read about some of the heroic acts here: http://rromani-resistance.com/heroes