WHY? The Word of Resistance 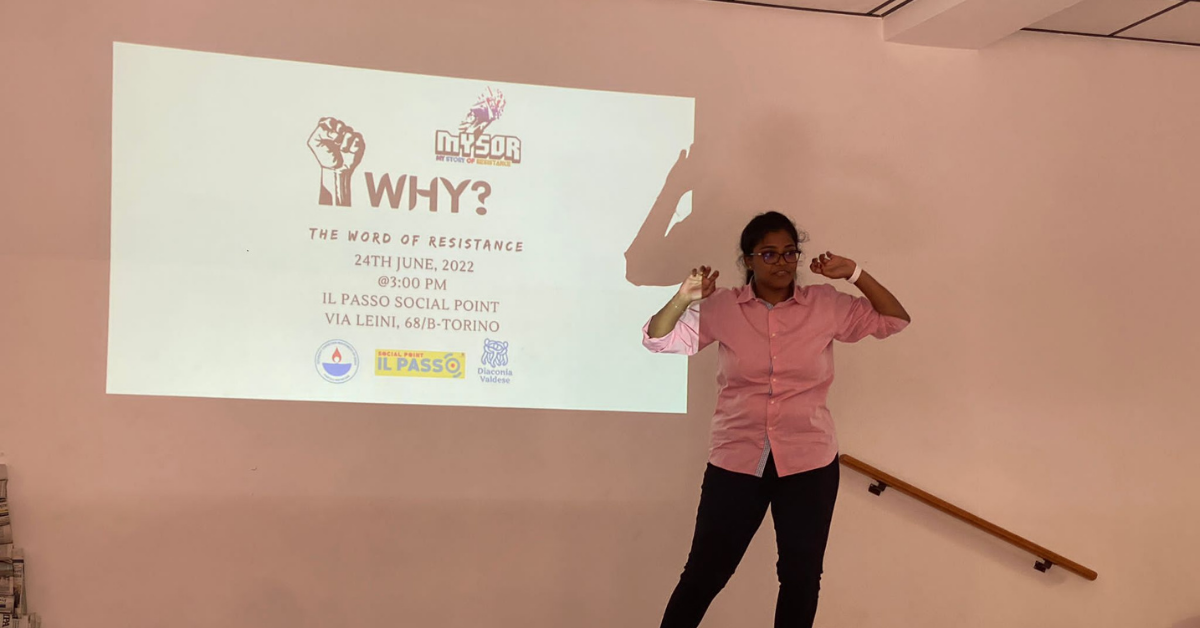 Report of the first Local Meeting in Italy

My First Local meeting was held on 24th July, 2022 at the Il Passo Social Point in Torino. It is a social centre where there is high percentage of migrants from different parts such as Africa, Europe, Middle East, Asia etc.,

The meeting was titled as WHY? -The Word of Resistance.

The Participants of the Local meeting were from Morocco, Albania and Southern Italy. The meeting began with an activity of 3 groups in which each groups were asked to present an icon of their city, which triggered their minds to think creatively and bring out their ideas, after which each teams were asked to build a tallest tower using a newspaper, which activity enabled them to work together as a group and bring out their creative ideas, and it indeed was an energiser to all the teams.

Each team was asked to present the ideas involved behind building the tower and each team were unique in their style and presentation.

We had a group discussion to understand the culture, history, food preferences, cultural barriers, religious barriers and also various challenges faced as an international personnel in a different country.

The participants opened up their views stating the problems they face such as the lack of religious freedom in their own culture, where they are forbidden to practice their faith in their own way but instead have to follow the structure which have been made, even though they are not comfortable in it. Many said that they were being called in their nationalities and not by their names, like “Hey Morocco”, “Hey Roma”, or “Hey Syria” because they are from a different nationalities, and the sad truth is that many misunderstand that they are from minority communities but they are actually Italians themselves. I was surprised when a participant from south Italy told us that he was discriminated for having a different dialect in his speech, and he has been treated differently and made fun of in most of the places. Some participants also mentioned that since they are from different places, most of the time others ask them to teach profanities in their language so that they can use and others don’t understand them.

Some did mention that they are atheists, but society looks at them in a very different way.

It made everyone think about and understand the fact that everyone faces challenges in their own way and most of them felt that they were being suppressed by the society in the name of “UNTOLD RULES”, which they realised that they must be questioning.

The whole idea behind this meeting was to raise awareness amongst the youngsters to ask questions and keep asking till they get an answer.